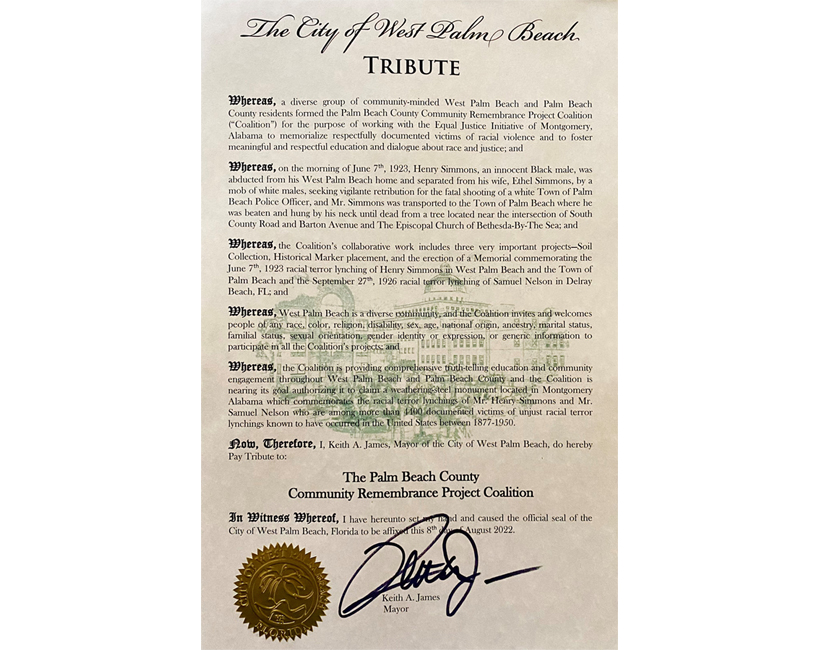 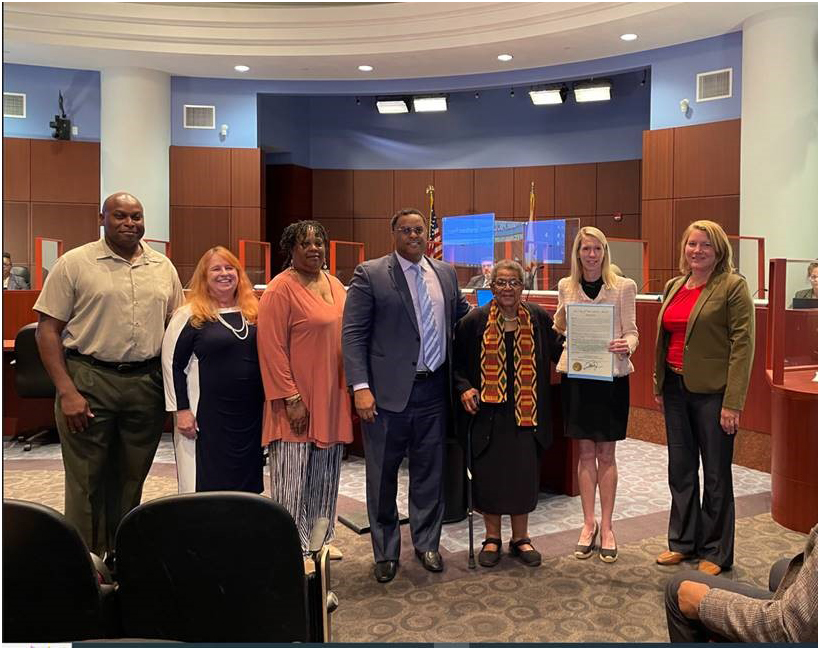 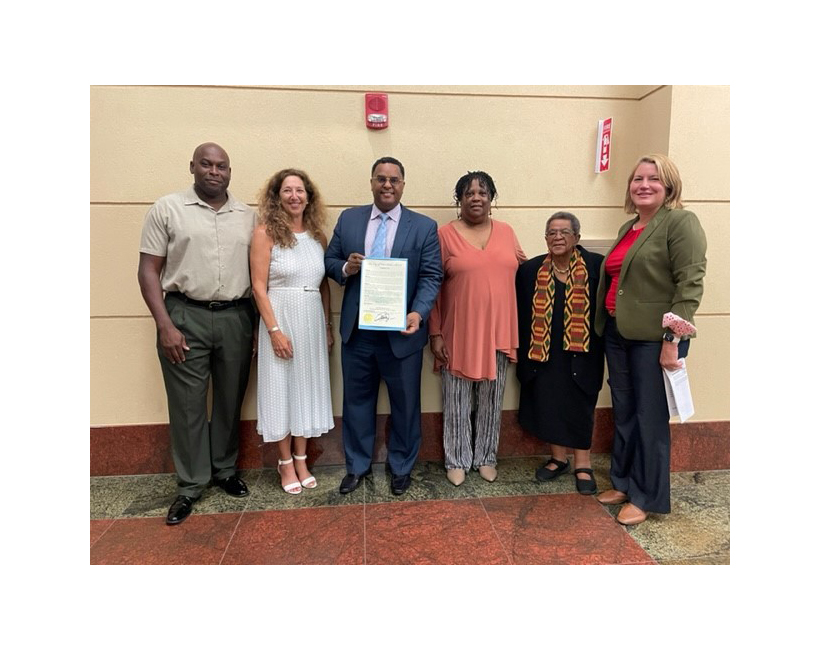 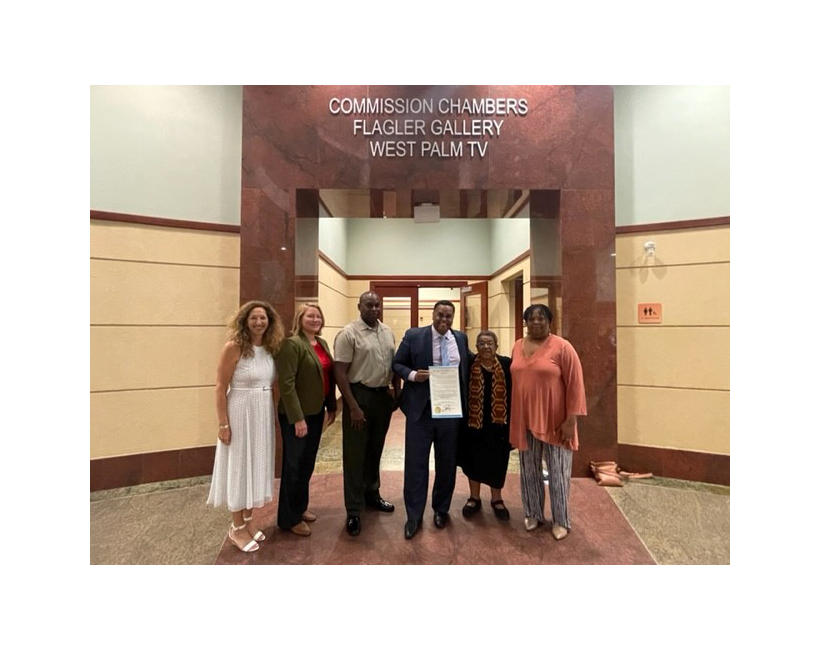 Along the Coast: Documenting a Grim Chapter

Coast Star: By Ron Hayes On June 11, the participants in the preservation of soil to remember the lynching of Samuel Nelson took time to pray and reflect.

Palm Beach Post: By Antigone Barton The man's death was reported three weeks later, on page 6 of The Palm Beach Post, under the headline "Negro is Taken From Delray Jail and Lynched." 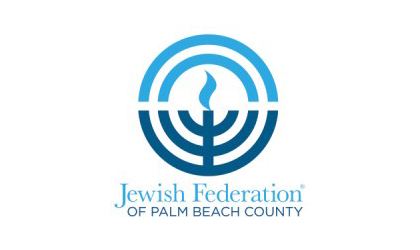 Bryan Stevenson on teaching history and the pursuit of justice

CBS News: By David Pogue Bryan Stevenson - His nonprofit, the Equal Justice Initiative, created a memorial to the 4,400 victims of lynchings in America. It's called the National Memorial for Peace and Justice.

South Florida Sun-Sentinel: By Lois K. Solomon Palm Beach County has decided it's time to accept its complicity in the murders of Henry Simmons and Samuel Nelson. 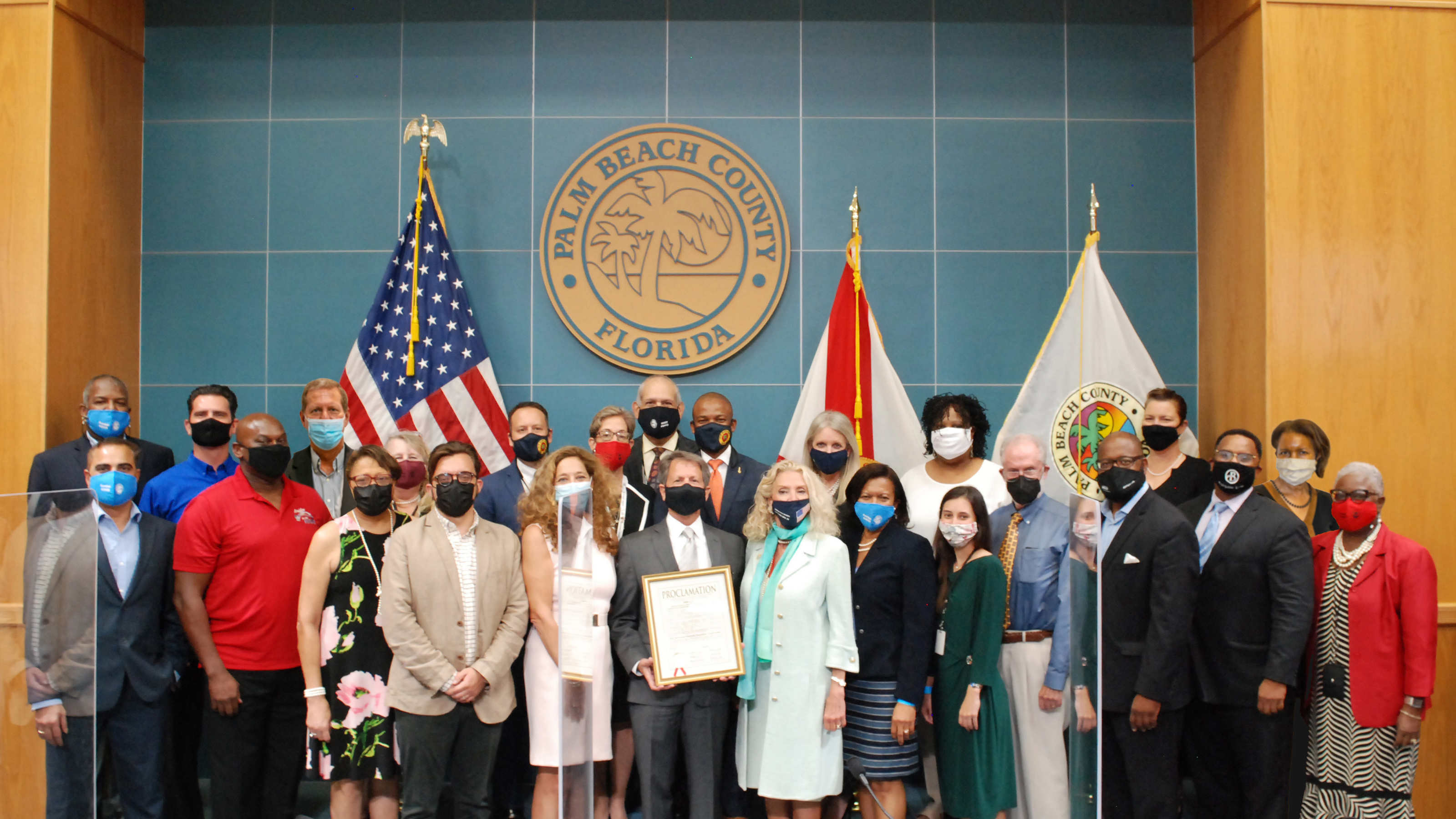 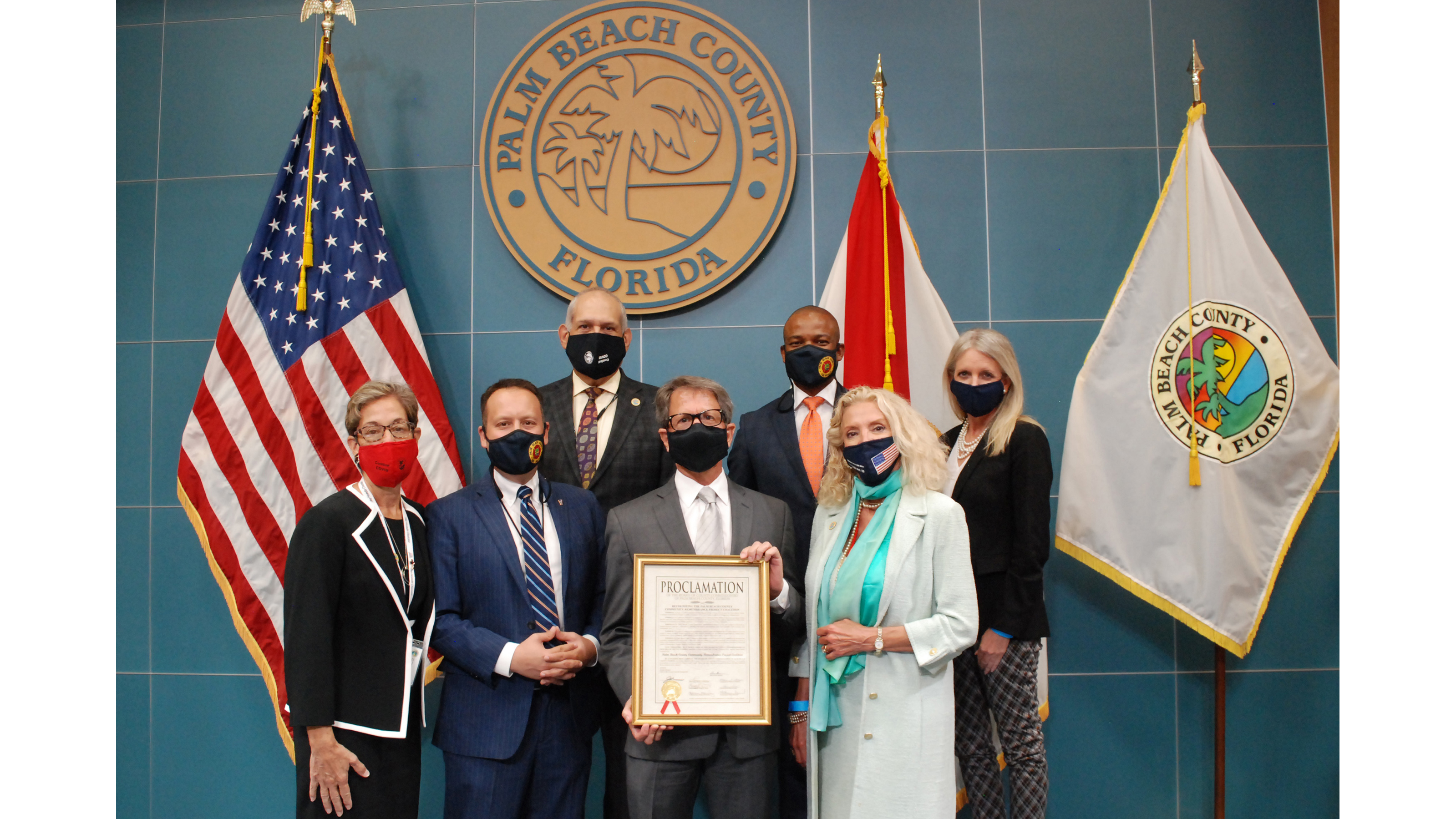 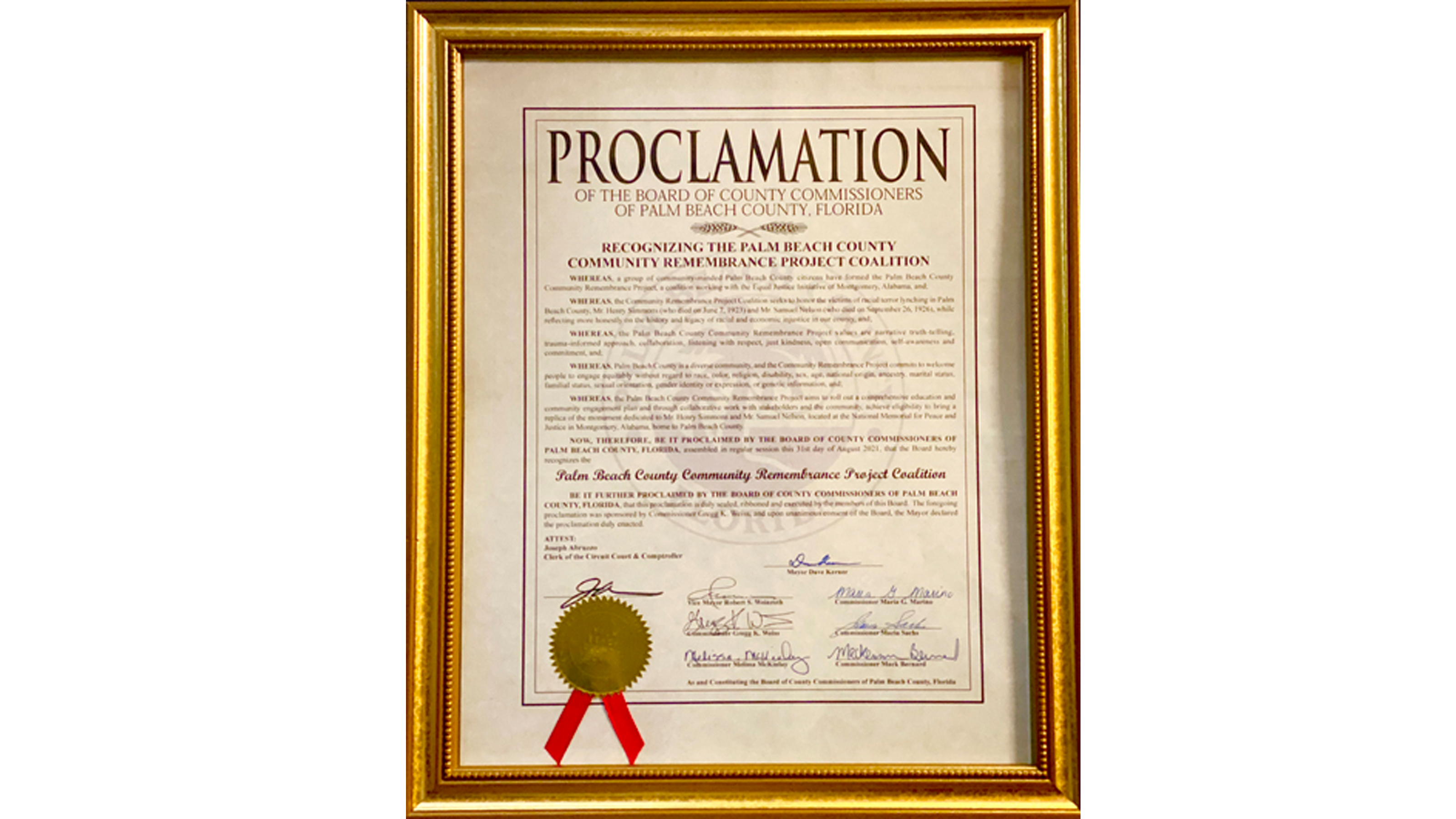 Board of County Commissioners Workshop

At the Board of County Commissioners workshop on August 31, 2021, Commissioner Gregg K. Weiss presented a proclamation in recognition of the Palm Beach County Community Remembrance Project Coalition.